So this week we took a trip to Houston, Texas and had a blast. Usually every summer  we try to have at least one big trip with all the girls where we go out of town and show out. We had received dozens of recommendations for places from some of our followers on Instagram, and was pretty excited to go eat.

Upon arrival we were literally starving,like our backs were about to touch the floor. We were told that there was a great place for mexican food called Mamacita’s, so of course we went. 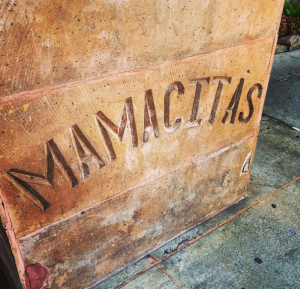 Chips and salsa and cocktails were the only thing keeping us from burning the place down,because we were  super hungry! 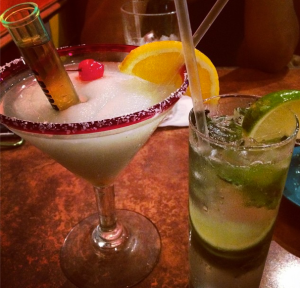 They had really good cilantro cream sauce,but the salsa was ok,I have had better. I got the street tacos….because it’s tacos…. I can literally can eat them everyday. They were a mix of chicken,brisket, and ground beef. They were all made very good,the brisket was so tender,like  I looked at it and it fell apart. It was seasoned very well and had a hint of sweetness. The only one I did not like was the ground beef,it was really greasy and I just could not finish it. 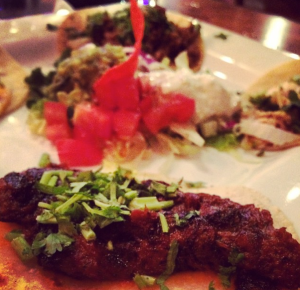 India had the steak tacos,with flour tortillas and they were good as well,but the star of that dish was the beans. She loves a good pot of beans,and she said they were probably the best beans she has had in awhile. 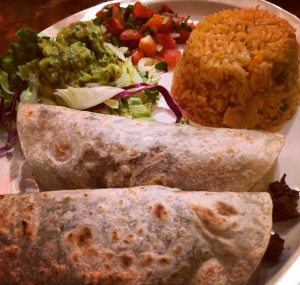 The plan for the next day was to wake up early and go to the Breakfast Klub, but that did not happen at all. We went shopping during the day, but we needed something to eat or we were about to start a riot. Countless people told us to go to Timmy Chan’s a local asian soul food place…but thats not what we would call it. Im just curious if Beyonce eats here, if she does they must make her food at a separate facility, because the place we ate at was not up to health code standards. We were told that the chicken wings were a must, so chicken wings it was. The building was an old McDonalds that was turned into a restaurant,and you definitely could see where Ronald once was. We ordered the chicken wings just to try them and they were ok, a little greasy and under seasoned though….actually no seasoning. The fried rice was good though,nothing special,  just not repulsive…and  I can still see Ronald…..

The last day we woke up and headed downtown to Breakfast Klub for breakfast. Now if you plan on going here,  go ahead and mentally prepare ahead of time because you will be waiting in a line.

The up side is that they had tents you could stand under and free water so you wouldn’t die from heat exhaustion. We go tired of waiting in line to go in and opted to sit outside and have our breakfast on the patio. We ordered chicken and waffles and the french toast plate with eggs and turkey.

The food hear met all of our expectations and more, and we won’t be having breakfast until we come back again. There was this nice lady who waited on us,I swesr she was everyone’s grandma. She made sure you were taken care of, and talked to everybody. People were taking pictures with her as well so she must be a special love, because everyone loved her. She definitely made the experience even better.

Hope you all enjoyed this short installment from our previous girls trip! Kisses!