Hello fellow foodies we are back again with another food adventure. This week we headed to Bbbop Kitchen in Dallas where they are serving up Korean Seoul food with a twist.

They are most known for the ever popular kimchi  fries so you know we had to try them.  But we know why you are here.

While we were waiting, we decided to eat because our sugar was dropping lower and lower by the second. Considering we are real girls we need to eat a real girls meal.

Being that we have heard so much ranting and raving over the kimchi fries, they were  the obvious choice for an appetizer. We also decided to add a side of wings…and yes we said SIDE..don’t judge us. lol

For those of you who may not know what exactly kimchi is, we shall explain.

Kimchi is God’s gift to Korea and all food lovers alike. It is a marinated cabbage that is soaked in various spices, vinegar, and herbs for a long period of time until the cabbage is wilted and the flavor is just right.

Kimchi is a condiment that is the equivalent to our ketchup here in America. Okay..I miiiiight be exaggerating just a little but it seems accurate in our heads.

Bbbop’s kimchi fries are french fries topped with kimchi, your choice of protein, jalapeños and topped with a fried egg. 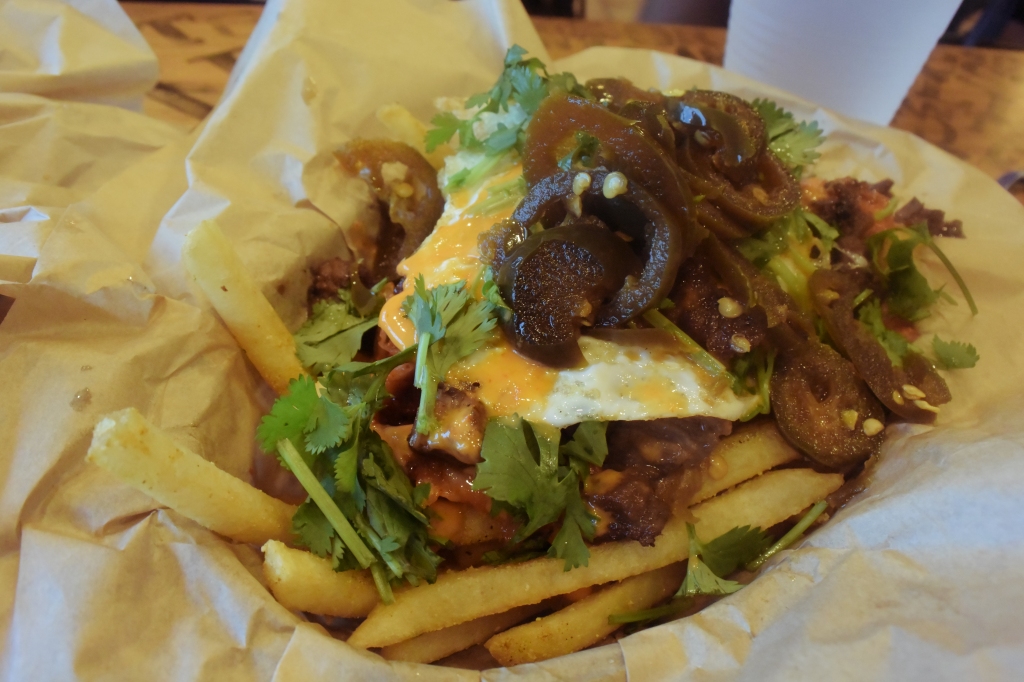 We chose to have steak as our or protein which later on proved to be the best choice. The fries by themselves were on point and their toppings just took them to the next level. 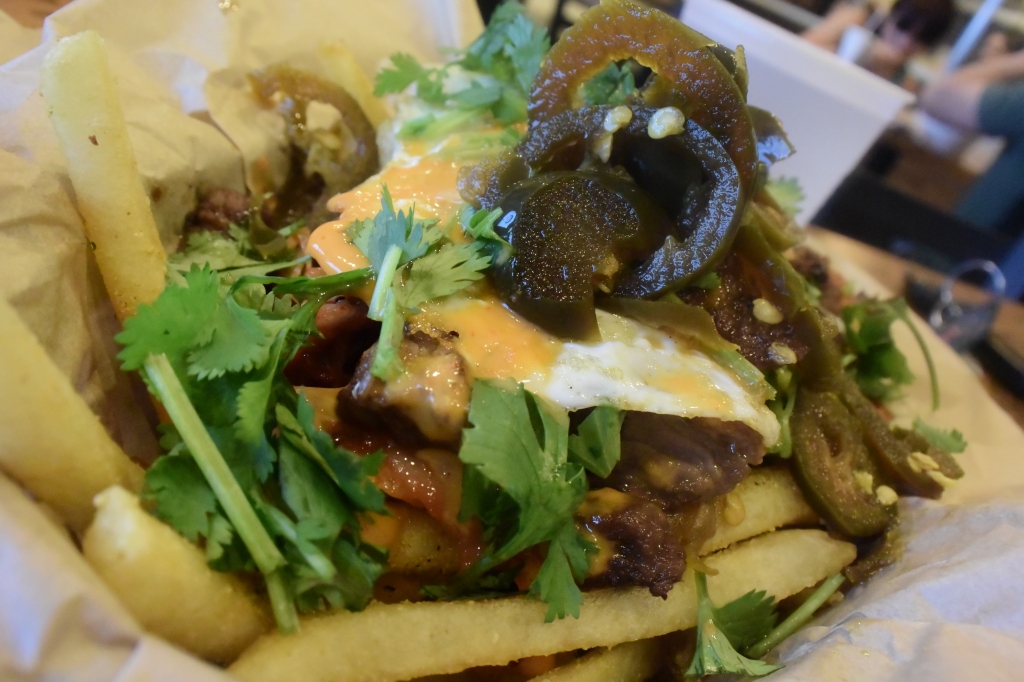 The portion size was just right and actually could have been a meal for one person, and we only got the half order.

The Korean fried chicken wings were just ok. Considering we have been chicken connoisseurs for about 24 years now and pretty much have eaten them just about everywhere, we KNOW good chicken.

They have a few flavors you can choose from, so we decided to get the ginger lime sauce. 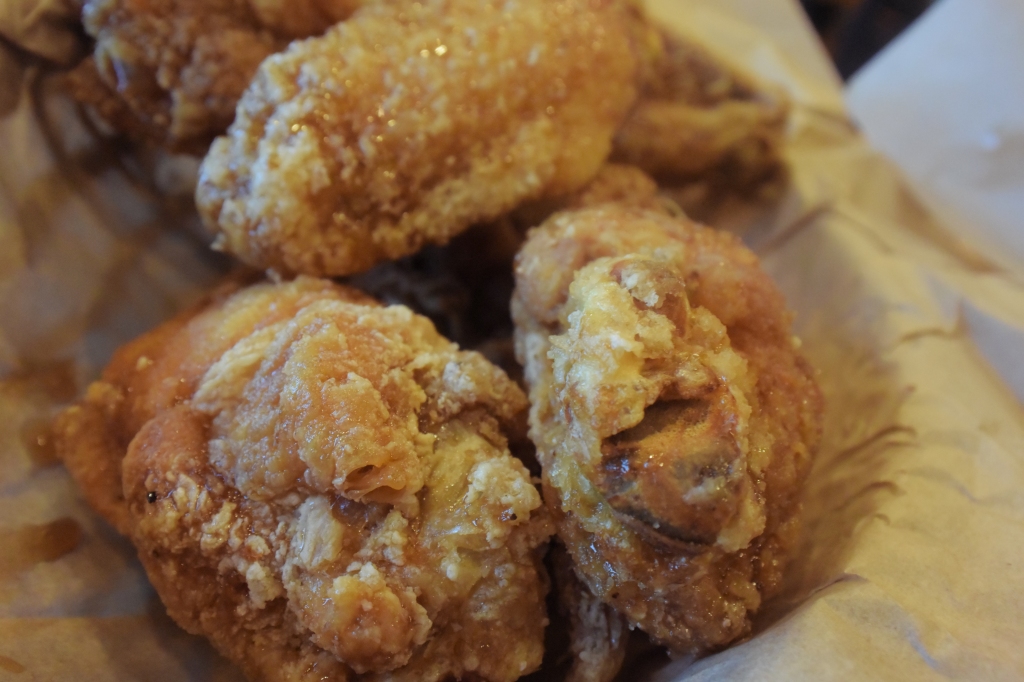 First off there was not enough sauce, I don’t believe you should drown wings in sauce but a nice even coating would have been perfect.

I went to the counter to ask for more sauce and they gave me more. The only problem was that it was just cold so that did nothing to add to the flavor for us. 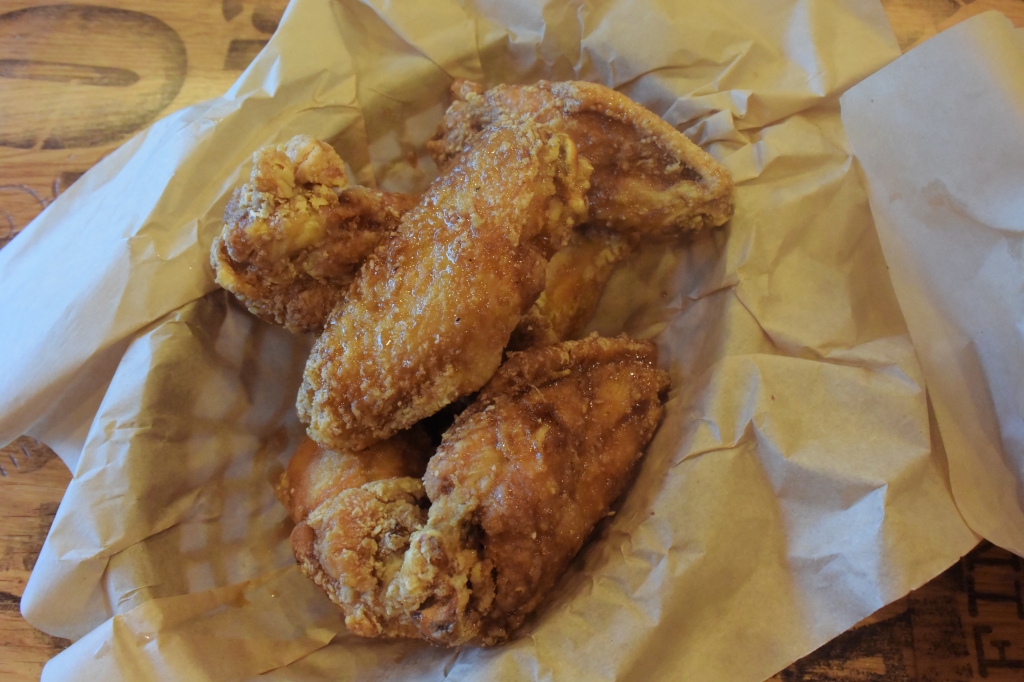 If there was more sauce, the wings definitely would have been better, but they were okay..just nothing special to be honest. I think India even said that she has had better wings at a club in Houston…..but that’s another story.

After waiting an hour for ‘Lil Jessi,’ she FINALLY showed up right as our stomachs were en route to touching our backs.

Bbbop is also known for their rice bowls. There, you can chose from some of their hand crafted picks or you can build your own.

I chose the chicken with rice dumplings. I’ve never had a rice dumpling before but it is going to be my new fave pick for sure!

I love all dumplings, so this bowl was right up my alley.

The chicken however was a little dry and the sauce was just ok. I honestly was not impressed.

I would for sure will make another trip to visit in the near future because I can see the potential Bbbop has. I will probably try another dish or build my own bowl, but what I had was not my favorite at all.

I ordered the ‘Orange Bop’ with chicken. the bowl came with broccoli, carrots, cabbage, cilantro, and orange sauce. I actually enjoyed my dish.

I looove heat in my dishes, so I drowned mine with tons of sriracha and some other red sauce I found on their counter…sorry for not getting the name of it. lol

The meal to me was so flavorful, but literally after about 3 bites, I had to tap out because my tummy literally couldn’t take anymore gorging on food. I took the rest of my meal to go and enjoyed it again the next day.

Letting all the flavors in my dish sit overnight really kicked the flavors up a notch! Super yummy! 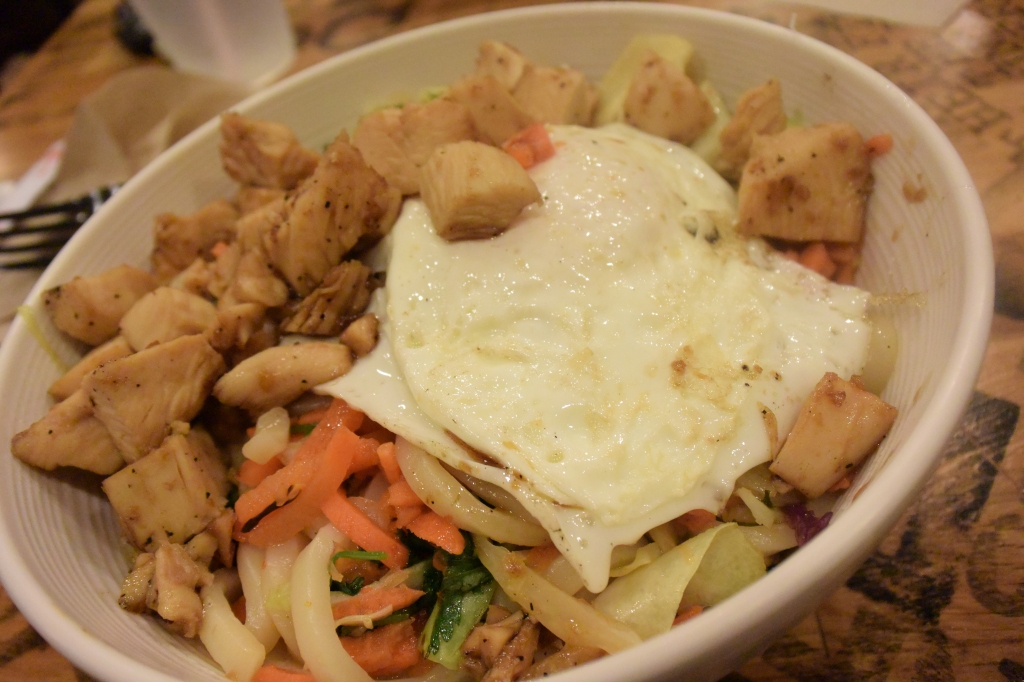 If you make a trip out to Greenville in Dallas! Make sure to stop by and DEFINITELY try those kimchi fries…we promise you won’t regret it!

Listen or not, cause what do we know? We are just two girls looking for their next meal…